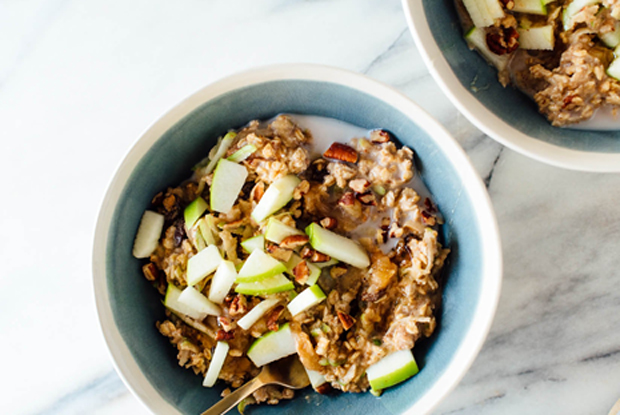 Muesli was introduced around 1900 by the Swiss physician Maximilian Bircher-Benner for patients in his hospital, where a diet rich in fresh fruit and vegetables was an essential part of therapy. It was inspired by a similar “strange dish” that he and his wife had been served on a hike in the Swiss Alps. Muesli in its modern form became popular in Western countries starting in the 1960s as part of increased interest in health food and vegetarian diets. The original Bircher muesli was soaked overnight with water and lemon juice, and then eaten with yoghurt. 1 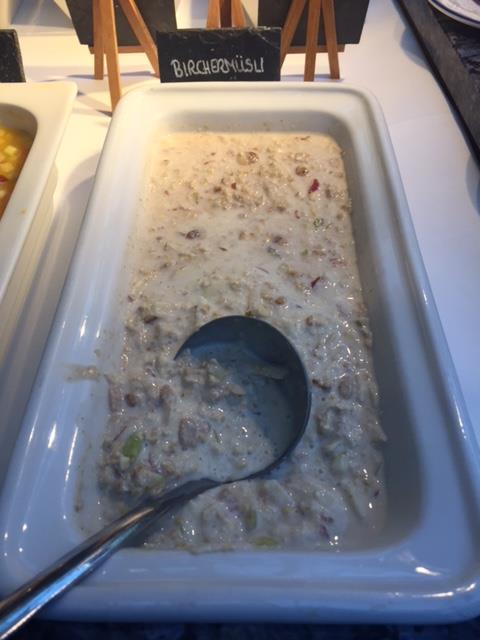 The original Bircher-Benner recipe consists of the following ingredients:

The dish was prepared by mixing the cream and honey or condensed milk with the soaked oats and lemon juice and, while stirring, grating the whole apple into the mixture. This method prevented the apple pulp from browning.

Here is my adaptation of Bircher Muesli with less sugar and sweeteners and more nutrient dense ingredients.

Combine all ingredients in a bowl and mix until well combined. Store in the fridge overnight or until the oats, seeds and fruit have soaked up most of the liquid. You may wish to stir this mixture occasionally.